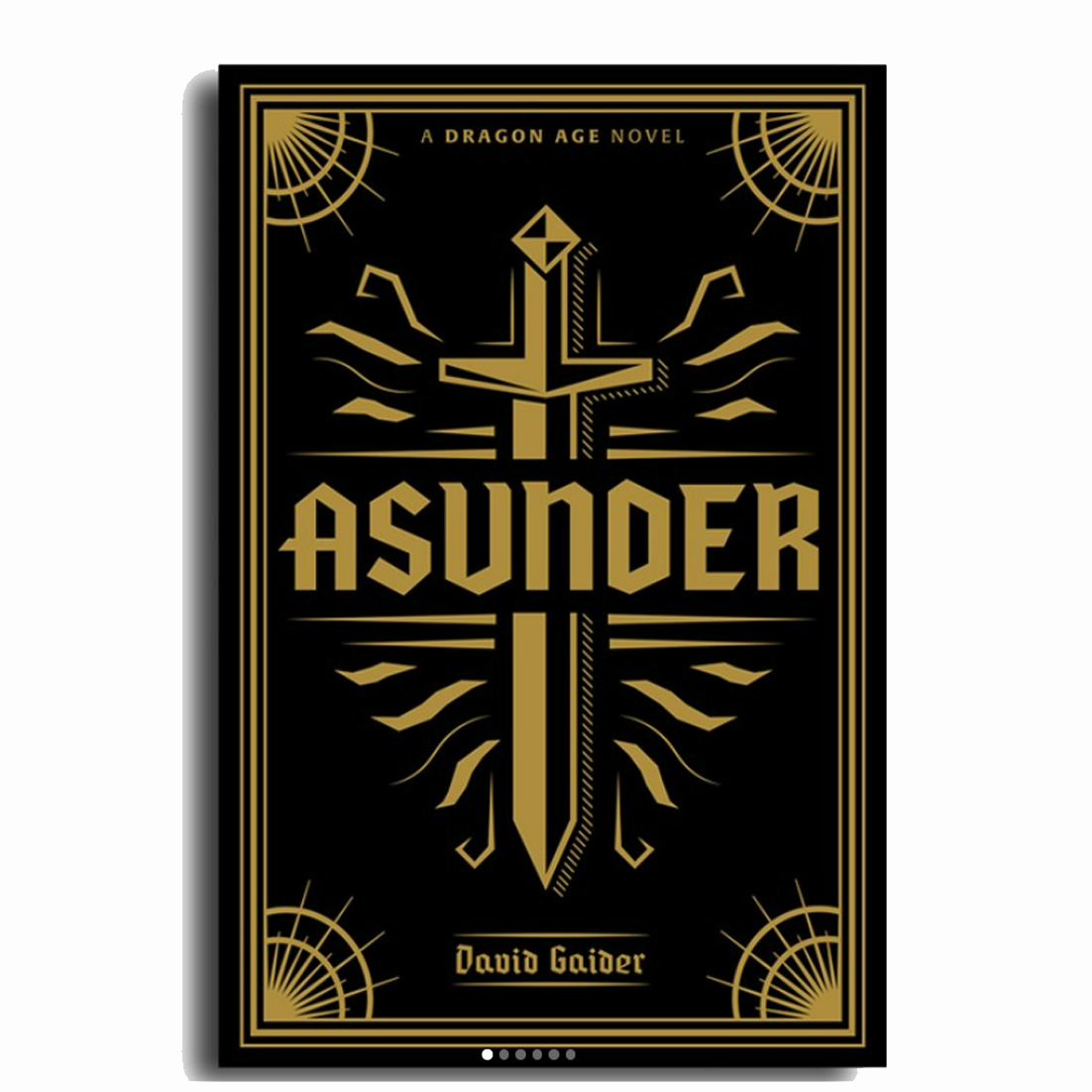 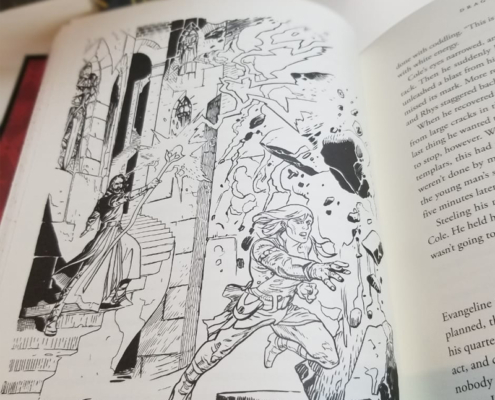 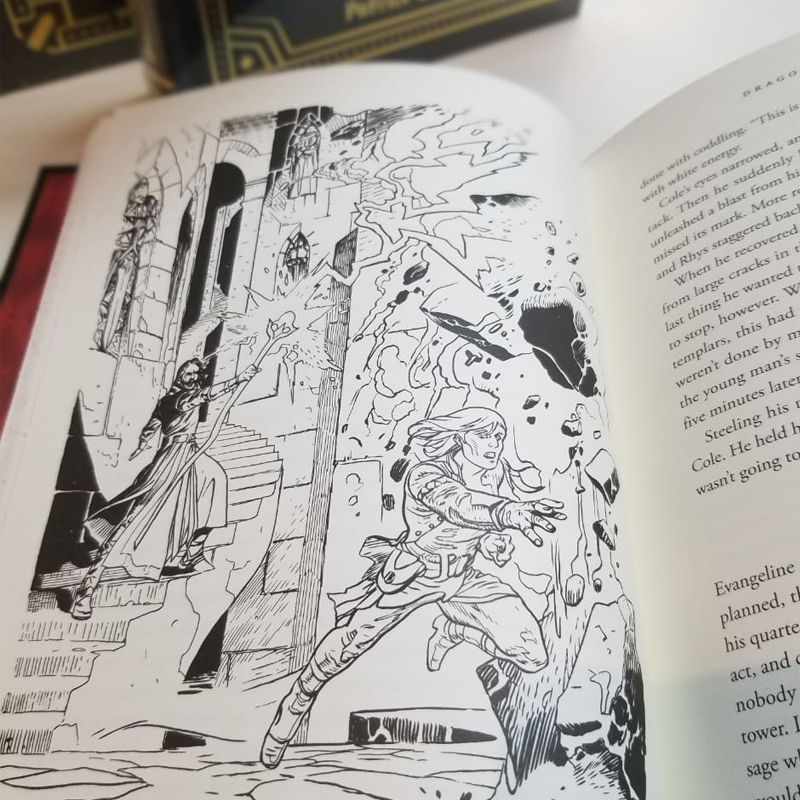 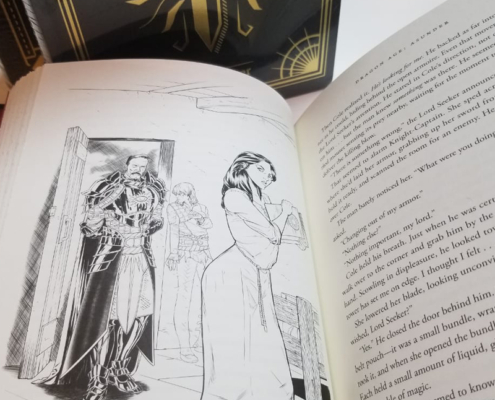 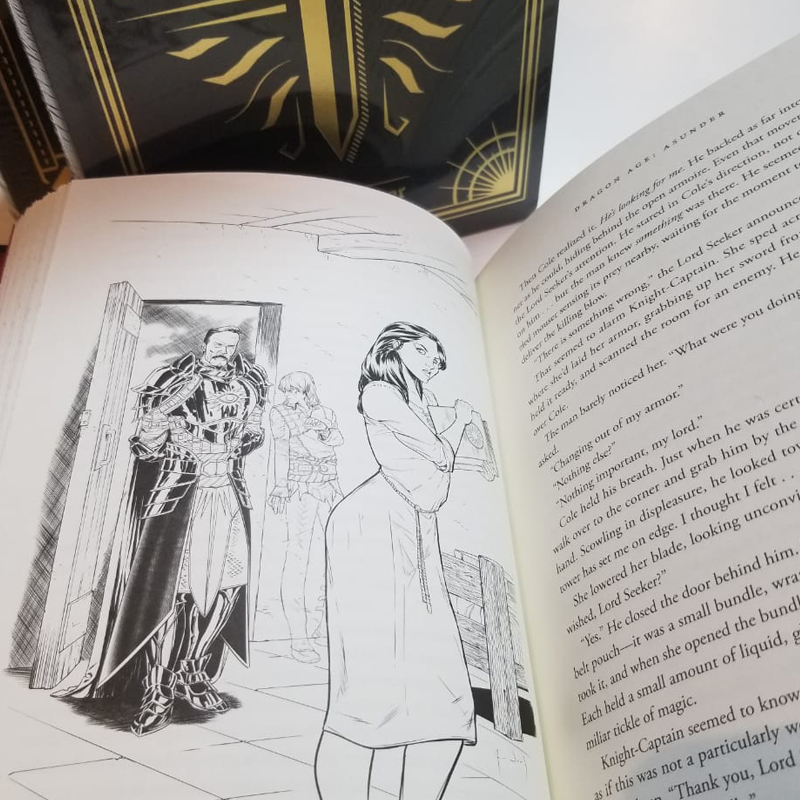 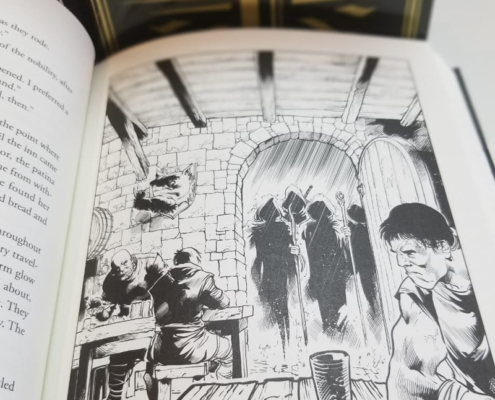 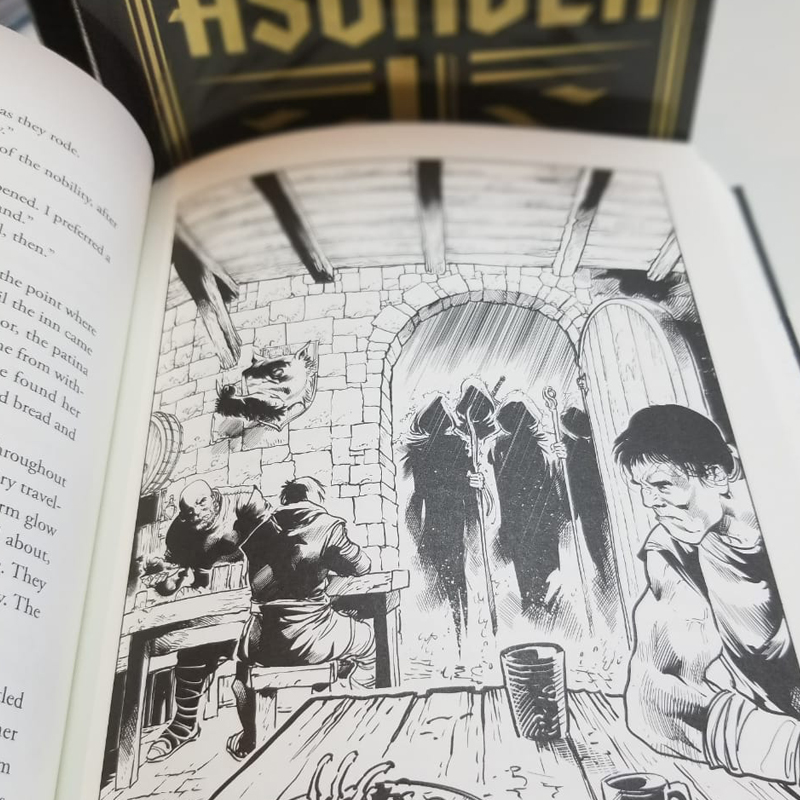 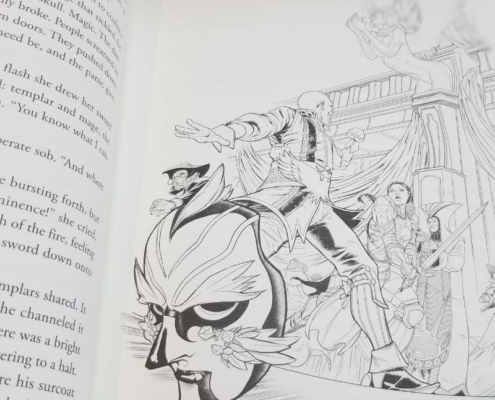 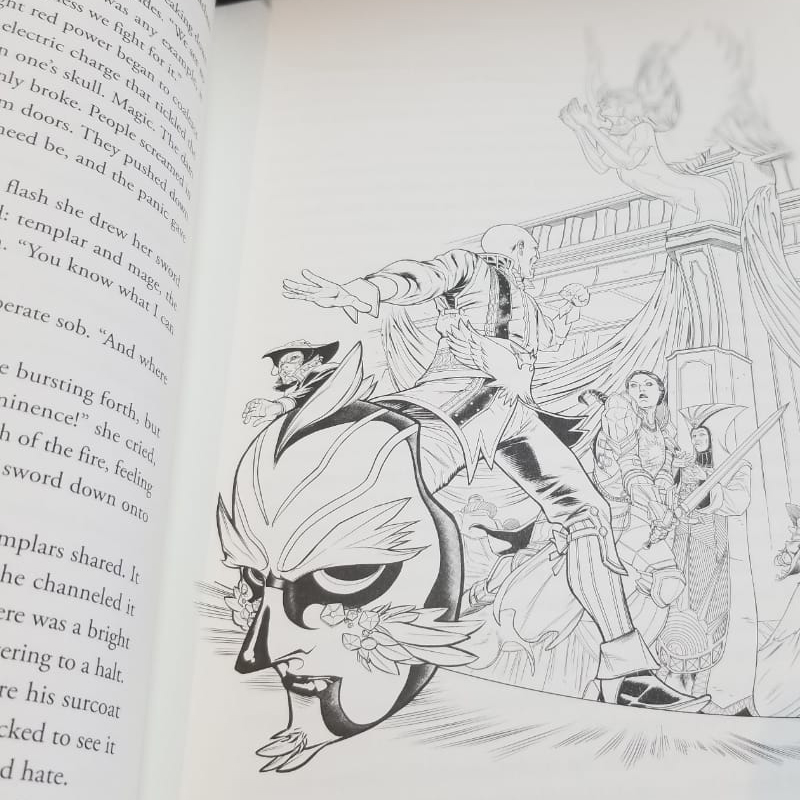 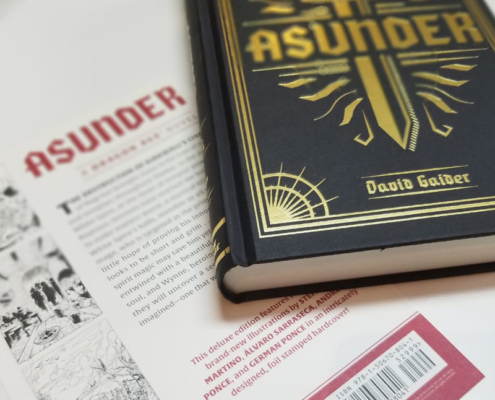 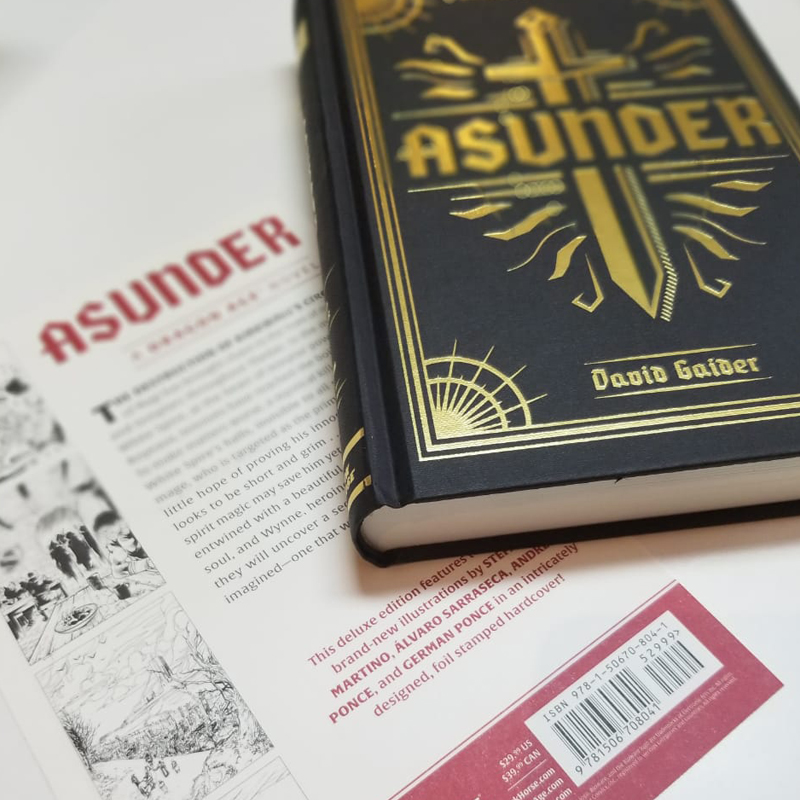 The destruction of Kirkwall’s Circle of Magi has brought chaos to the lives of mages and templars throughout Thedas. In the majestic White Spire, at the heart of templar power in Val Royeaux, tensions have reached the boiling point. To make matters worse, a mystical killer stalks the White Spire’s halls, invisible to all save one lone mage, who is targeted as the prime suspect. With little hope of proving his innocence, his future looks to be short and grim… but his skill with spirit magic may save him yet. His fate will become entwined with a beautiful templar, a tormented soul, and Wynne, heroine of the Blight. Together they will uncover a secret far greater than they imagined– one that will change the fate of mages in Thedas forever.